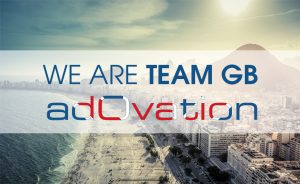 Most successful away Olympics & second place in the medals table. It’s enough to make you feel patriotic!

Personally, I haven’t been able to watch much of the action, but just the snippets I have caught have literally rendered me speechless. Charlotte Dujardin in the dressage, it’s amazing what those horses can do. As for Rebecca James & Katy Marchant in the cycling sprint, I can’t believe the power those ladies have in their legs.

In true “Brits abroad style”, the Team GB athletes have been celebrating their success at the Olympic village – so much so that they’ve been told to keep their partying under control so as not to disturb those still competing.

Finally, news on the most mysterious story of the whole games: The diving pool has turned blue again! Send us your theories on what made it go green last week.