Get your haggis out. It’s Burns night! 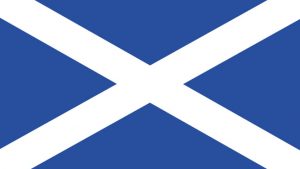 Celebrate the birth of the Scottish bard this year with food, drink, speeches and, of course, renditions of Auld Lang Syne.

Who was Robert Burns?

Robert Burns, also known as Rabbie and the Bard of Ayrshire, has long been considered the national poet of Scotland.

Much of his work – which includes Auld Lang Syne (well his re-written version of the Scottish folk song) – is written in Scottish gaelic or English with a Scottish dialect and his influence grew widely after his death, largely among socialism and liberalism.

Traditionally the Burns Supper starts off with The Selkirk Grace by Burns, which is a prayer of thanks, usually followed by a Scottish broth.

The centrepiece of any good Burns Supper menu is the iconic haggis, or as the poet himself described it, the ‘great chieftain o’ the puddin’-race’, – served on a silver salver with neeps and tatties (turnips and potatoes) and brought into the dining room to the sound of bagpipes and slow claps. There is then an address to the haggis, which is read out as it is cut open and served.

Of course, there are several toasts throughout the evening including the Immortal Memory Toast and the Toast to the Lassies. The night usually ends with the group standing and holding hands while singing Auld Lang Syne.

Whisky is the usual choice at Burns Suppers, either malts or blends. Contrary to popular belief, adding a little water to your malt may improve rather than dilute the flavour, although some whisky drinkers may not take kindly to watering down their drams!

For dessert, why not try a traditional Cranachan recipe. Delicious raspberries folded into cream flavoured with honey, whisky and toasted oatmeal.

If you’re hosting this event at home then literally anything goes, but it is definitely recommended that you wear at least a little bit of tartan! Whether it be a tartan hat, a tartan tie, or the full kilt get up, it’s entirely up to you.

The kilt thing, while many people often wear one for Burns Night, is in dispute however, with some claiming Burns would never have worn one as he was a lowlander.

See how you’d look in your own kilt here. 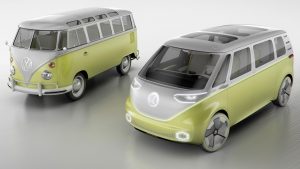 Few of us wouldn’t recognise the classic Volkswagen Campervan. Sadly it went out of production in 2013, but VW could have the solution, if you are a cross between a nature-loving hippy and a tech-obsessed hipster. It’s called the I.D. Buzz.

The I.D Buzz has two electric motors, producing 369bhp, compared to the 50bhp on offer in the late 1960s and early 1970s Type 2 camper vans and fifteen times the 24bhp output of the original. It goes from zero to 62mph in less than five seconds and has a top speed of 99mph. It has also been designed to be self-driving when the driver wants to take a break.

That’s right, the I.D. Buzz – like the original I.D. concept – has an autonomous pilot mode. When activated, it morphs the steering wheel into a touchscreen system and gives the front-seat passengers the option to swivel 180 degrees and face the other direction. A statement from Volkswagen reads: “While the driver relaxes, laser scanners, ultrasonic and radar sensors and cameras monitor other road users and the surroundings.”

The combination of an electric powertrain and extended wheelbase means the interior is spacious and extremely flexible. The layout can be switched from an MPV-style people carrier to a dining table arrangement –  and the seats can even be flattened to allow passengers to relax in the utmost comfort. The adaptable seating layout can be transformed by the driver at the press of a switch, but there is also an automatic lounge mode that kicks in when the operator decides to let the car drive itself.

Unfortunately there is talk that this, like the Budd-e concept van that VW released last year, will never make it into production. We’ll just have to wait and see, but I might not hold my breath.

In my opinion, you can’t beat a traditional VW campervan. Whether it’s a ‘Splitty’, Westfalia or Transporter. Where’s the rock ‘n’ roll bed and gas stove? Part of the appeal is getting away from technology, into the wild, albeit with some creature comforts. Maybe the Buzz will bridge a gap. 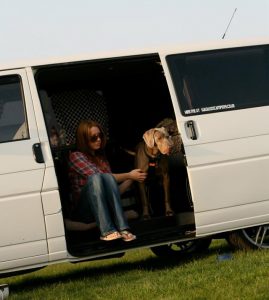 The antidote to Blue Monday 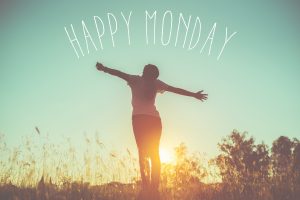 Today is Blue Monday, apparently the most depressing day of the year.

First of all, don’t buy into it. It’s rumoured to be just a marketing strategy to get people to book a holiday!

On the other hand, Seasonal affective disorder (SAD) is a very real affliction. So if the darkness of winter is starting to take its toll then follow the steps below and say ‘no’ to Blue Monday!

Exercise
Exercise not only helps boost your energy levels and immune system, but it also causes the brain to release endorphins – naturally occurring chemicals that make us feel happier. If it’s too cold to exercise outside, indoor exercise such as going swimming or taking the stairs instead of the lift can be just as good for you.

Eat well
Although you might feel more inclined to eat comfort food like chips or chocolate, eating plenty of oily fish like salmon and mackerel will be better for you in the long term. Oily fish contains omega-3 fatty acids, which can help to combat lethargy and low mood.

Be sociable
It can be tempting to stay tucked up at home when it’s cold outside, but being cut off from friends or family, or not having a social support network, can worsen your mood. Remember, however, that this requires more than just keeping in touch by email or Facebook. Face-to-face human contact prompts certain physiological responses in the brain that benefit our mental health in a way that technology-based contact doesn’t. While technology can help us keep in touch, it is no replacement for actually seeing our friends or family.

Join an interest / activity group
Joining a local sports club or a leisure group is a great way to meet some new people and to have regular contact with people who share similar interests or hobbies.

Join a support group
Your GP, local council or the Seasonal Affective Disorder Association (SADA) may be able to put you in contact with local support groups, where you can get advice and support from others who have gone through similar experiences.

Practise mindfulness
Evidence suggests that practicing mindfulness – a combination of meditation, yoga and breathing techniques – can improve your mood. Courses in mindfulness can be taken without GP prescription and therefore represent another way of improving how you feel even before you seek help. Find your local mindfulness practitioner here.

Set yourself realistic goals
Lots of people set themselves New Year’s resolutions in January but many fall at the first hurdle which can de-motivate and impact on emotional wellbeing. To help you achieve your resolutions, the Mental Health Association have two new podcasts focusing on the most popular New Years’ resolutions. Find out more.

Get professional help
It can be particularly difficult during winter months for those who suffer from the symptoms of Seasonal Affective Disorder (SAD). SAD is a form of depression that affects approximately 7 per cent of the British population between the months of September and April. It can be particularly severe during December, January and February. If your symptoms are so bad that you it impacts your day to day life, see your GP who can offer advice and prescribe from a range of talking therapies or medication if required.

So, how many of us have made a resolution this year? Maybe, the customary promise to ourselves that we will join a gym and actually go, or make it all the way through Dry January. However, with sugar consumption in the news yet again is it time we all paid proper attention and really cut down?

What is the problem with too much sugar?

It can lead to the build-up of harmful fat on the inside that we can’t see. This fat around vital organs can cause weight gain and serious diseases in the future like heart disease, type 2 diabetes and some cancers. Having too much sugar can also cause tooth decay.

We’ve probably heard all this before and might have just brushed it off. However, did you know that there are more than 135 amputations a week in the UK due to diabetes or that more than 128,000 children aged 10 and under have needed at least one tooth removed since 2011?

It seems pretty straightforward really. Too much sugar can cause some serious health problems.

How much is too much?

Added sugars, such as table sugar, honey and syrups, shouldn’t make up more than 5% of the energy you get from food and drink each day. That’s about 30g a day for anyone aged 11 and older. To put that in perspective, a typical 330ml can of fizzy drink can contain up to 35g, or a 45g chocolate bar up to 25g!!

If you would like to help others, as well as yourself, why not take part in NO SUGAR. THIS FEBRUARY. FOR CANCER RESEARCH UK.